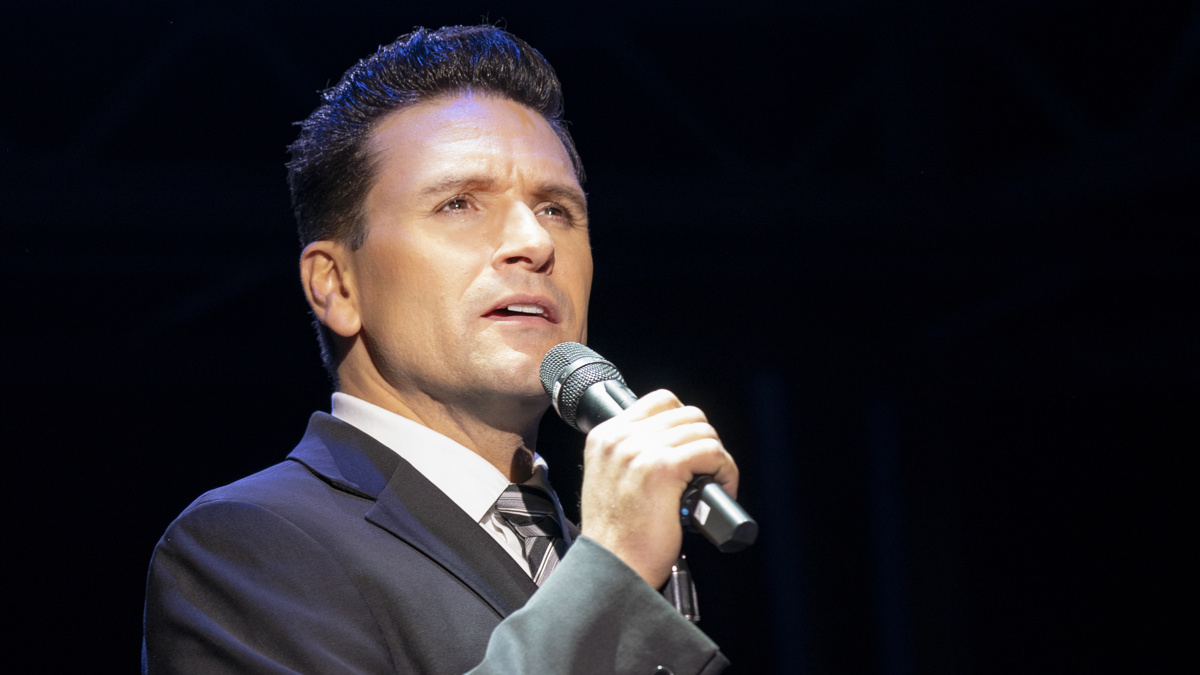 De Jesus previously appeared in Jersey Boys in both Las Vegas and on the second national tour, and he spoke about playing the care he takes in playing a real person. “To play someone like Frankie Valli, who’s living and breathing and who has literally sat in the audience on multiple occasions and watched me play him—there’s pressure. You want to impress the person that you’re playing,” De Jesus said. “As an actor, we always bring part of ourselves to the roles that we play.”

As Jersey Boys returned to live performance, De Jesus found himself moved  as the cast rehearsed. “For me, there were a couple of moments where it was a little emotional. We finally worked through the entire show and started singing ‘Who Loves You,’ which is the finale. Everybody comes in at the end. No one could tell because I had the mask covering my face, but I got a little emotional,” he said. “It’s great to be back. Our show always brings so much joy to audiences. It’s what we need.”

Watch the interview below, and head here to check your local listings for The Broadway Show. Hosted by Emmy-winning anchor Tamsen Fadal, it is the only nationally syndicated weekly theater news program.