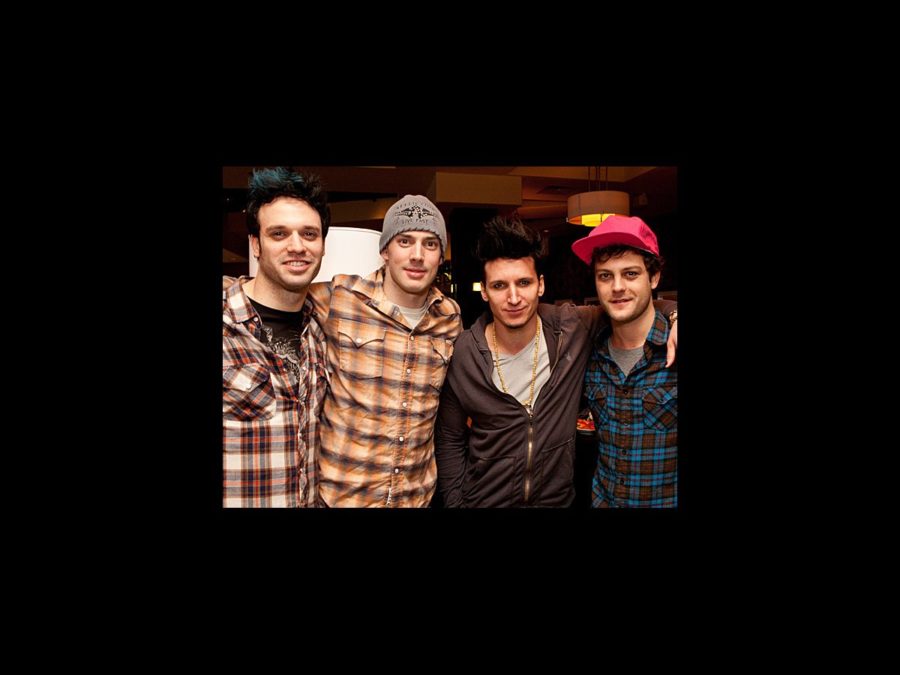 
It was a high-energy evening as the national tour of American Idiot began their engagement at the Boston Opera House on January 24. After an explosive performance at the 2,677-seat theater, the cast of the Green Day musical headed over to Salvatore’s to raise a glass in celebration. Once there, the show’s leading men Jake Epstein, Scott J. Campbell, Joshua Kobak and Van Hughes gathered together for a group shot. “There’s some magic in that the show is called a rock opera and we’re preforming in an opera house,” Hughes said. "I love it." Epstein is impressed by the opulence of the Opera House. “It’s a gorgeous space,” he said. “There are all these beautiful chandeliers and there we are on stage smoking weed, drinking and head banging.” American Idiot rocks the Boston Opera House through January 29. Don't miss it!