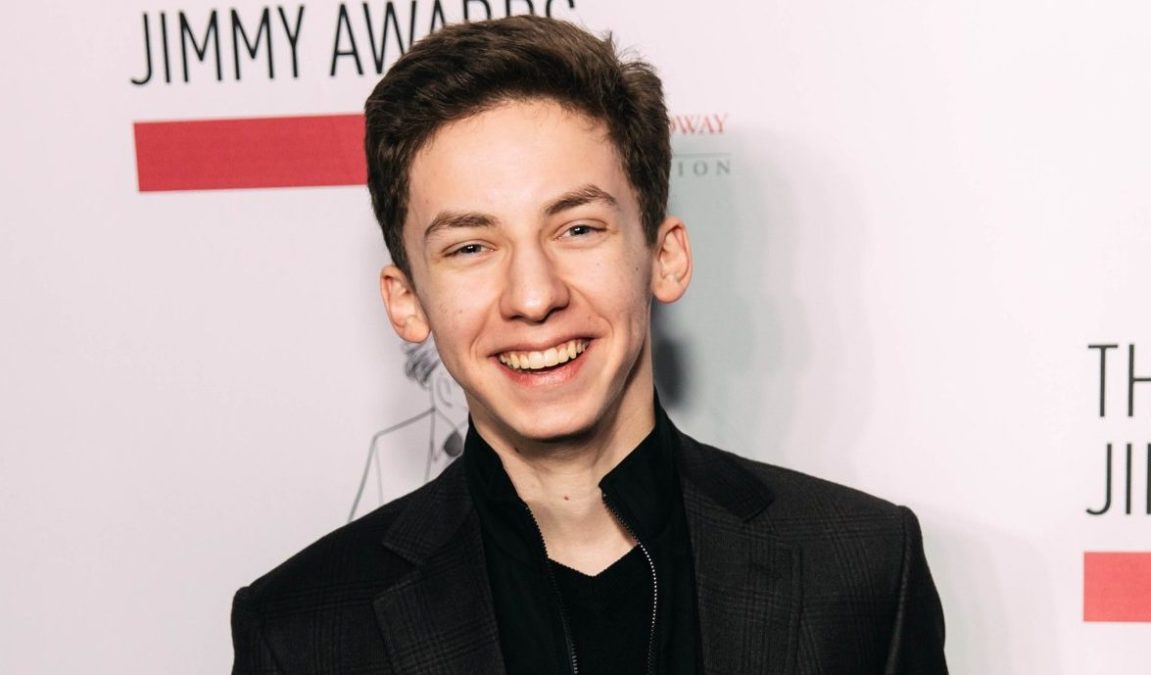 Andrew Barth Feldman, the 16-year-old high-school junior who triumphed at the 2018 Jimmy Awards, is gearing up for his Broadway debut. As previously reported, the young talent is set to begin performances in the Dear Evan Hansen on January 30. Broadway.com caught up with Feldman at the Jimmy Awards reunion party on January 14 at the National Geographic Encounter Center. According to the rising star, keeping his exciting casting news a secret from his theater-loving friends prepared him for the role of Evan before he even hit the rehearsal room.

"I just lied for months; it was practice [for the role]," Feldman said. "I heard 'Waving Through a Window' and saw the show and fell absolutely in love with it. My friends are huge theater kids, so they loved the news. They're so excited for me!"

Over 80 students competed at the 2018 Jimmy Awards. Feldman received the award for Best Actor with thethe Best Actress Award going to Reneé Rapp. "The Jimmy Awards are so special," Feldman said. "It's a group of kids that just love theater so much. To me, it did not feel like a competition."

Feldman says he fell in love with theater when he saw Broadway's Beauty and the Beast at the age of three. "I'm so excited to be a part of the theater community," he said. "Everyone has been so wonderful and welcoming and warm. It's an amazing community."

Check out Feldman's show-stopping performance from the Jimmy Awards below, and catch him in Dear Evan Hansen at the Music Box Theatre beginning on January 30.