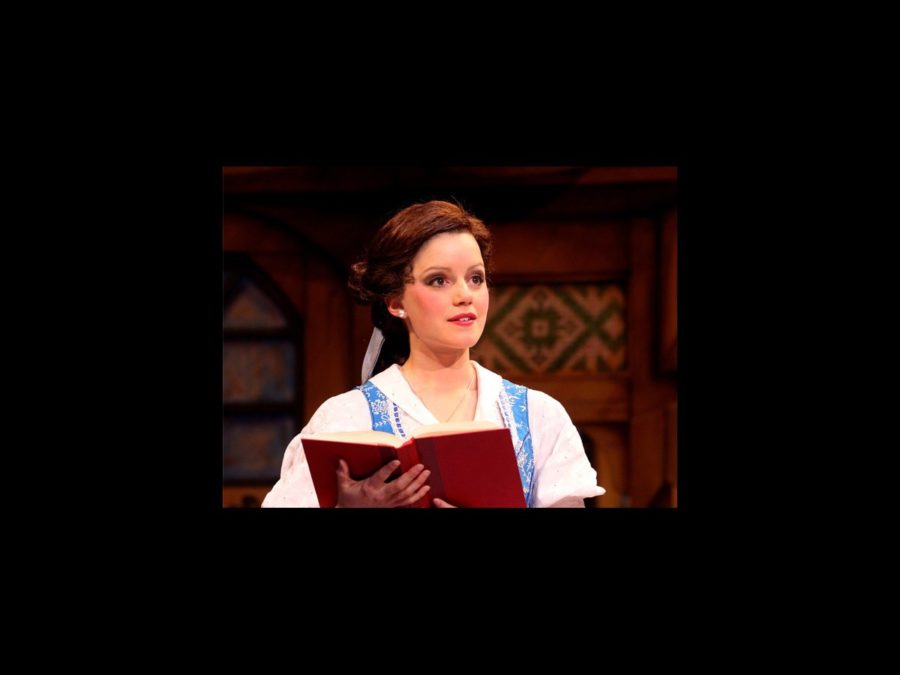 Current Role: Belle, the brave, bibliophile who puts the “beauty” in the national tour of Beauty and the Beast.

Undecided Certainty: Despite taking the stage at an early age in a regional production of The King and I, small-town girl Behny wasn’t convinced performing was the right career path until halfway through college. “I was always interested in it, but I wanted to air on the side of practicality,” she says. “I didn’t think I had what it took to make it.” She took a side road, majoring in counseling and minoring in Spanish for a while, but a sophomore year run at a local theater in The Sound of Music—her first paid role—finally tipped the scales. “It was finals week when we were in tech. I realized I didn’t want to be anywhere else other than in that theater. That’s when I realized I had to do this.”

Shotgun Wedding/Audition: After breezing past 300 actresses in an open call for the national tour of Beauty and the Beast, Behny was summoned for a callback for the role of Belle. The audition was scheduled for the day before her wedding. Close call, right? Behny delighted the casting directors, who exuberantly asked if she could come back the next day to audition for the music director. “Well, I’m a little busy,” she said nervously, explaining that her nuptials were the following day. Though the casting director insisted she could audition another time, the wheels in Behny’s head were turning. “It was a courthouse wedding, so it wasn’t a big to-do. I called my fiancé and he was like, ‘Emily, you’ve got to go for it.’” She was back in the audition room at 10 a.m. the next morning (after enjoying her bachelorette party!) and was married six hours later. By the time she returned from a week-long honeymoon in Jamaica, a voicemail with an offer to play the leading lady in Beauty had arrived: “It was the best wedding present ever.”

Lessons of Love: Setting out on a national tour as a newlywed wasn’t the most ideal timing, Behny admits. She and her husband, Adam, who works and lives in New York, see each other once a month. A recent visit, however, provided a full-circle moment at a movie theater. “We went to see The Muppets, and lo and behold, the first preview was for Beauty and the Beast in 3D. It was only the two of us in the theater, and it was really special. He squeezed and kissed my hand.” The show’s romantic themes of acceptance and inner beauty have transcended into their marriage, Behny adds. “The story is about seeing through the exterior, to someone’s heart," she reflects. "If anything, that knowledge of who my husband is has increased.”

See Emily Behny in Beauty and the Beast at the Boston Opera House from May 29 through June 3.