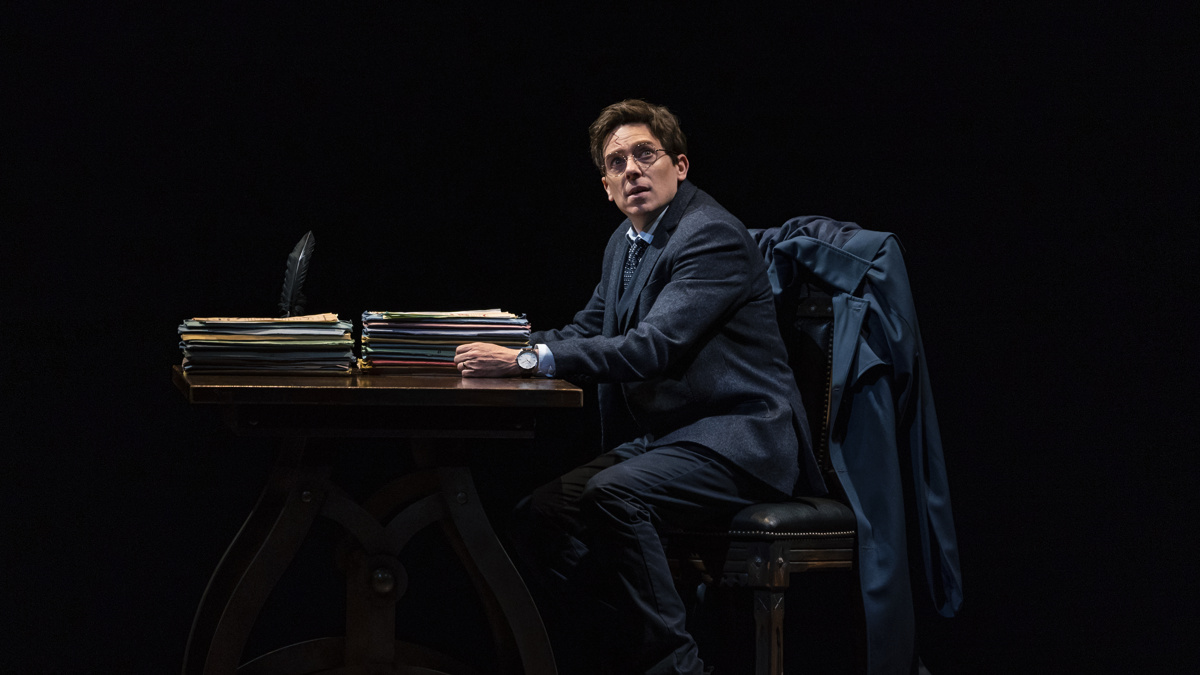 Harry Potter and the Cursed Child star Steve Haggard was never planning on going into theater, but when he got cut from the high school baseball team, he started on a new path. Now wowing audiences nightly as Harry Potter, Haggard is sharing about the magical time he’s having playing the Boy Who Lived. The Broadway Show host Tamsen Fadal sat down with Haggard at the Civilian Hotel to talk about taking on the iconic character, his favorite thing about stepping into the Wizarding World, how baseball changed his trajectory and more.

Before donning the lightning bolt scar eight times a week, Haggard was an understudy for both Harry Potter and Draco Malfoy when the production was still being done in two parts. The Tony-winning play returned in 2021 as a condensed, one-part show. “I was able to do Harry and Draco a couple times in the two parts,” he said. “It was a lot of fun to do those different versions. After the shutdown, we came back and they asked me to be Harry and I said yes.”

For Haggard, the spells, illusions and magic are all part of the experience that make the production so spellbinding. “We rehearse these illusions for months,” he said. “We’re very precise about them because they are happening every time right in front of the audience. They have to be very precise to work. Hearing the kids in the audience go, ‘Ah! wait, what?’ is my favorite. That energy is what makes the job such a pleasure to do because you remember that someone’s experiencing the Wizarding World for the first time tonight. It’s a luxury, and it’s also a responsibility to portray these characters that so many people have grown up with or have a relationship with.”

Haggard got his start in the theater scene in Chicago, but if he wasn’t cut from the baseball team, he may never had made his way to Hogwarts. “I got cut from the baseball team and my mom was like, ‘You got to get out of the house.’ She encouraged me to do theater,” he recalled. “My high school had this amazing theater program, and my friends tricked me into auditioning for the director. I did a bunch of impressions when I was younger, and they surrounded me and wouldn’t let me go until I did it for the director. The director was like, ‘You’re in,’ and now, I’m here.”

Watch the full interview below and head here to check your local listings for The Broadway Show. Hosted by Emmy-winning anchor Tamsen Fadal, it is the only nationally syndicated weekly theater news program.