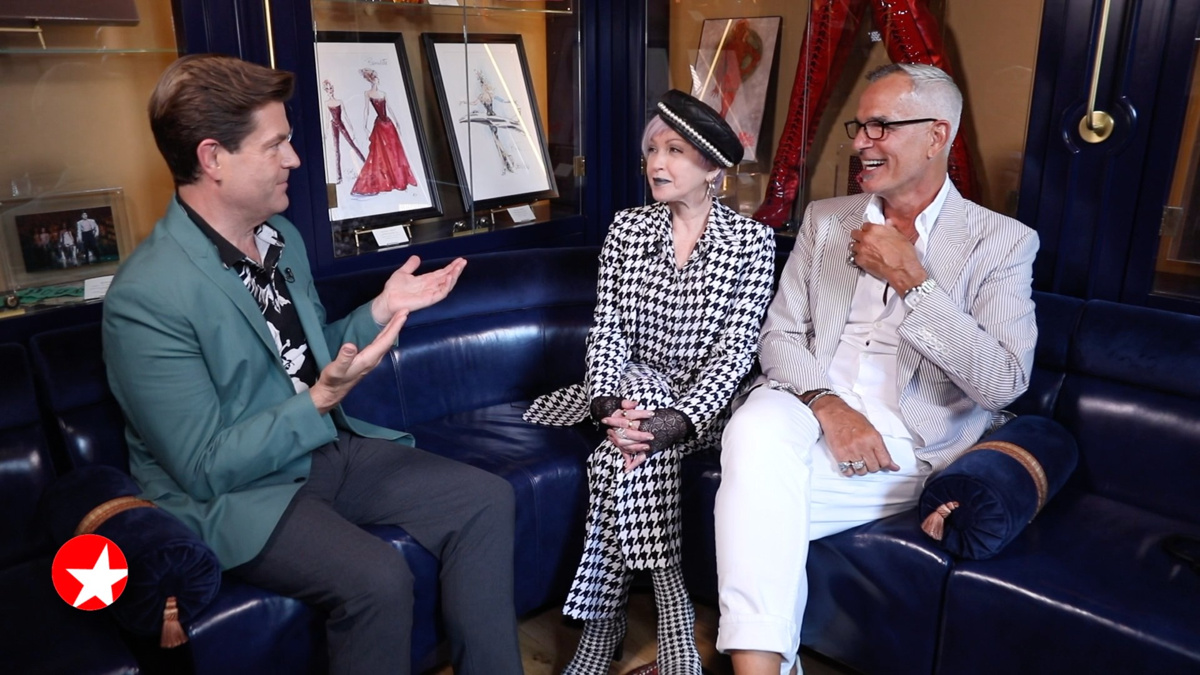 Kinky Boots is back on the New York stage. The musical, which won six Tony Awards when it first landed on Broadway in 2013, is now playing off-Broadway at Stage 42. On The Broadway Show, Broadway.com Editor-in-Chief Paul Wontorek sat down with Tony-winning composer Cyndi Lauper and director/choreographer Jerry Mitchell at the Civilian Hotel.

“We’ve been fortunate to have productions all over the world,” Mitchell said about the musical.” The show is being accepted around the world in the exact same way people respond to it here in New York.”

Mitchell and Lauper met  before working together on Kinky Boots. “The first time I met Jerry, we did the Gay Games in Yankee Stadium. He was going to choreograph ‘Girls Just Wanna Have Fun,’ and I was really excited about doing it. My friend said to me, ‘Why don’t you have some fabulous drag queens dance with you?'” Lauper recalled. “50 drag queens!” Mitchell added. “You brought 50! It was fabulous.”

“When we did Kinky Boots—it’s everything we have worked on all our lives,” Lauper said. “It’s an important message that everybody who worked on this show felt. We wanted to do it with humor and joy and have so many different kinds of people in the show.”

Watch the interview below. Head here to check your local listings for The Broadway Show. Hosted by Fadal, it is the only nationally syndicated weekly theater news program.