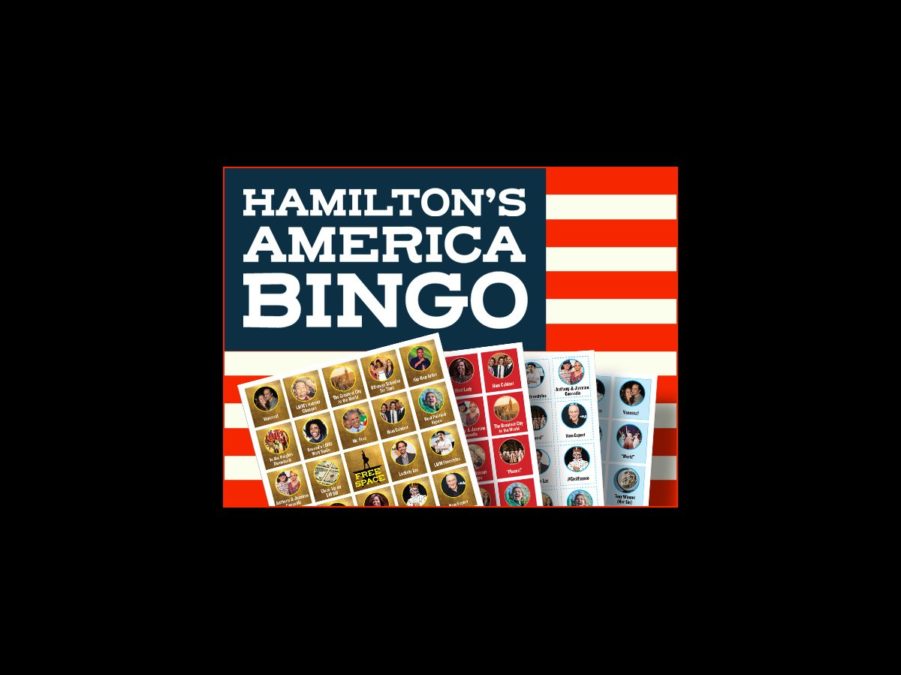 The documentary we’ve all been waiting for is finally airing this week! Hamilton’s America will take fans into the room(s) where the making of Lin-Manuel Miranda’s revolutionary hit Hamilton happened. The documentary is set to air on PBS on October 21 at 9:00PM (you can also stream it here), which means those Friday night plans are already set. Broadway.com’s got the perfect addition to your viewing party: Hamilton’s America Bingo! Follow our Ten Bingo Commandments for maximum game-time enjoyment!

Number One: The challenge: Demand satisfaction. Popcorn popped, onesie on, then no need for further action.

Number Two: Grab some friends to play with, they’re your seconds. Make sure everyone’s got a board (and some refreshments)!

Number Three: Have your seconds all meet face to face. Negotiate a time and suggest your place.

Number Four: Print out the cards and have some coins on hand. Five spaces in a row is where they've gotta land!

Number Five: Meet before the sun is in the sky. The doc airs at 9:00PM sharp, that's why.

Number Six: Take note with your next of kin: spying the exact picture on the board is not the only way to win.

Number Seven: Instead, pay close attention to the copy. Those of age can even play a drinking game—don't get sloppy!

Number Eight: Use #Ham4Bingo to let your friends know the game is great!

Number Nine: Look up at the screen, aim no higher. Summon all the snacks you require.

CLICK TO PRINT THE BINGO CARDS AND SCROLL DOWN TO SEE ALL FOUR!