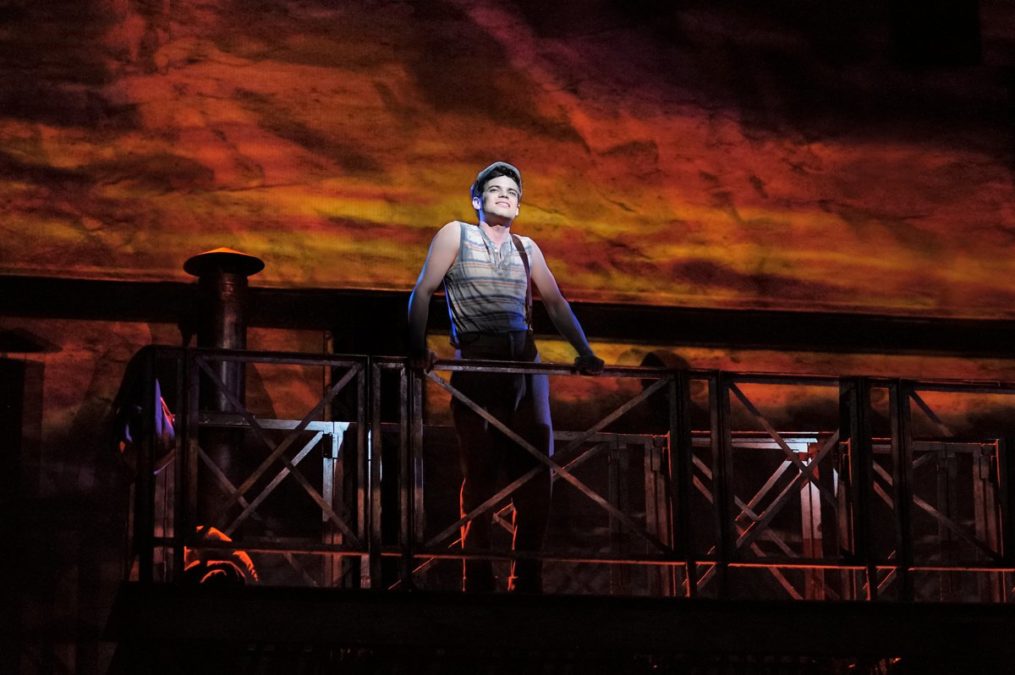 Would Jeremy Jordan Don the Newsboy Cap for a Newsies Remake?

Jeremy Jordan will seize the day on the big screen when a filmed performance of the Newsies tour heads to movie theaters next year. For one night only this September, he’ll reprise his Tony-nominated turn as Jack Kelly. It’s one thing to carry the banner again on stage for the camera, but how does he feel about headlining an actual Newsies movie remake?

“I don’t know, you know?” said the Broadway.com Audience Choice Award winner to Entertainment Weekly. “I feel like [the filmed performance] is gonna be in theaters, this is gonna be it for now. I feel like if something like that happens, it’ll be too far along for me to jump in on, I hate to say.”

While Jordan may outgrow his pape-selling days by the time the 1992 film is remade, he’d “naturally” be down for a cameo appearance. (We happen to think he’d make a wonderful Patrick’s Mother, provided she's not cut again.)

At least there's the filmed performance, right? In addition to Jordan, the Disney Theatrical Productions and Fathom Events feature will include his fellow original co-stars Kara Lindsay, Ben Fankhauser and Andrew Keenan-Bolger. The world will know their talents in early 2017.