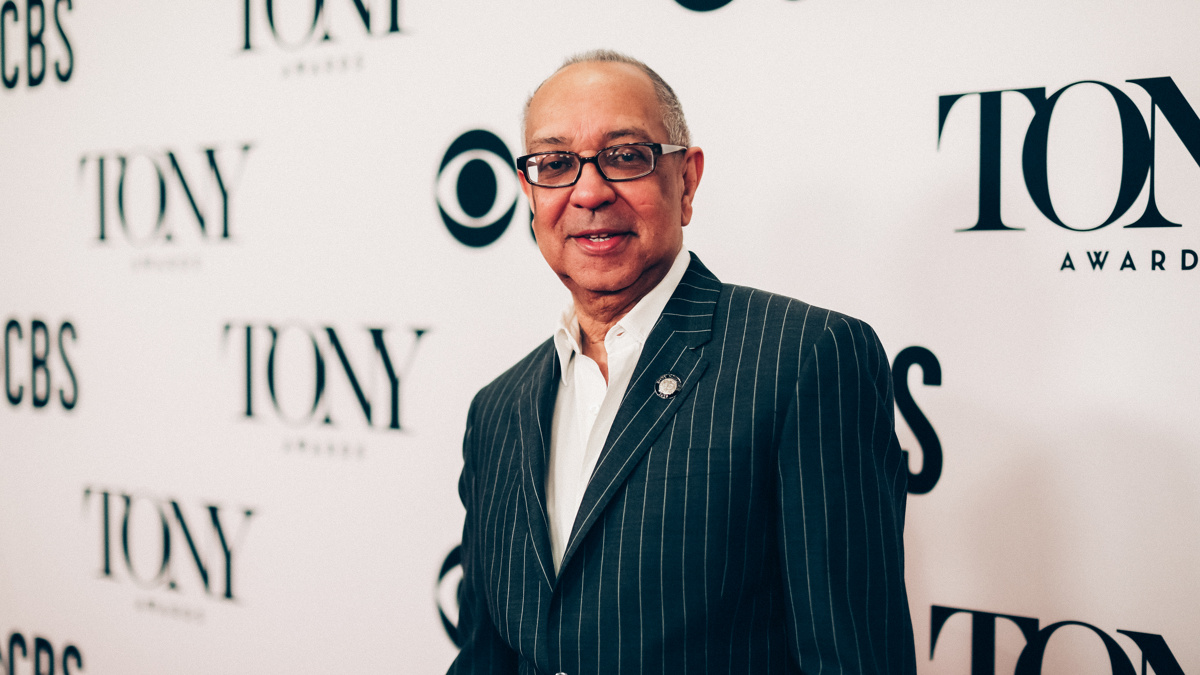 George C. Wolfe Tapped to Direct New Film by Milk Scribe
George C. Wolfe, who is nominated for a NAACP Image Award for directing the screen adaptation of August Wilson’s Ma Rainey’s Black Bottom, has his next movie project lined up. According to Deadline, the Tony-winning director is set to helm Rustin, a movie about the gay civil rights activist Bayard Rustin, who organized the 1963 march on Washington. With a screenplay by Milk scribe Dustin Lance Black, the project is being produced by President Barack Obama and Michelle Obama’s Higher Ground Productions. The company has already released the Oscar-winning film American Factory as well as Becoming and Crip Camp.

Watch These Dancers Pay Tribute to the Late Ann Reinking
Over 20 Broadway and national touring company members of Fosse and Chicago have united to dance it out in honor of Tony-winning Broadway legend Ann Reinking, who died last year at the age of 71. Combining Bob Fosse’s choreography with improvisation and set to Louis Prima’s exuberant “Sing, Sing, Sing,” these dancers strutted their stuff all over the world. Check out the tribute below!

Kate Baldwin & More Lend Voices to Great Cause
Want to hear some theater favorites sing out for a great cause? Broadway Records has announced the release of The Wellsongs Project, a collection of 16 new songs performed by Broadway stars. The project sprang from occupational therapist Michael A. Pizzi’s work with children with special needs and their families. “I brought composers with me to interview these children and their families, then each composer would write a song for and about each child,” he said about the project. Featured vocalists on the record include Kate Baldwin, Lisa Howard, Ethan Slater, Jason Gotay, Margo Seibert, Lisa Brescia, Bradley Gibson, Halle Hunt, Vishal Vaidya and more. Pre-orders of the CD are available here, and the digital album is now available wherever digital music is sold.

Hear the Latest Song from Andrew Lloyd Webber’s Cinderella
“I Know I Have A Heart,” the third track to be released from Andrew Lloyd Webber’s Cinderella musical, has arrived with star Carrie Hope Fletcher performing the song. “I knew we needed a big power ballad moment for Cinderella, and I am so excited for you to finally hear it,” Lloyd Webber said. Following last year’s release of “Only You, Lonely You,” sung by Ivano Turco, “I Know I Have A Heart” is the second song by Fletcher to be released from the forthcoming cast album, after “Bad Cinderella” came out in October 2020. As previously announced, the show is scheduled to begin performances at the West End’s Gillian Lynne Theatre on April 30, 2021. Opening night for the world premiere musical is set for May 19. Enjoy “I Know I Have A Heart” below!