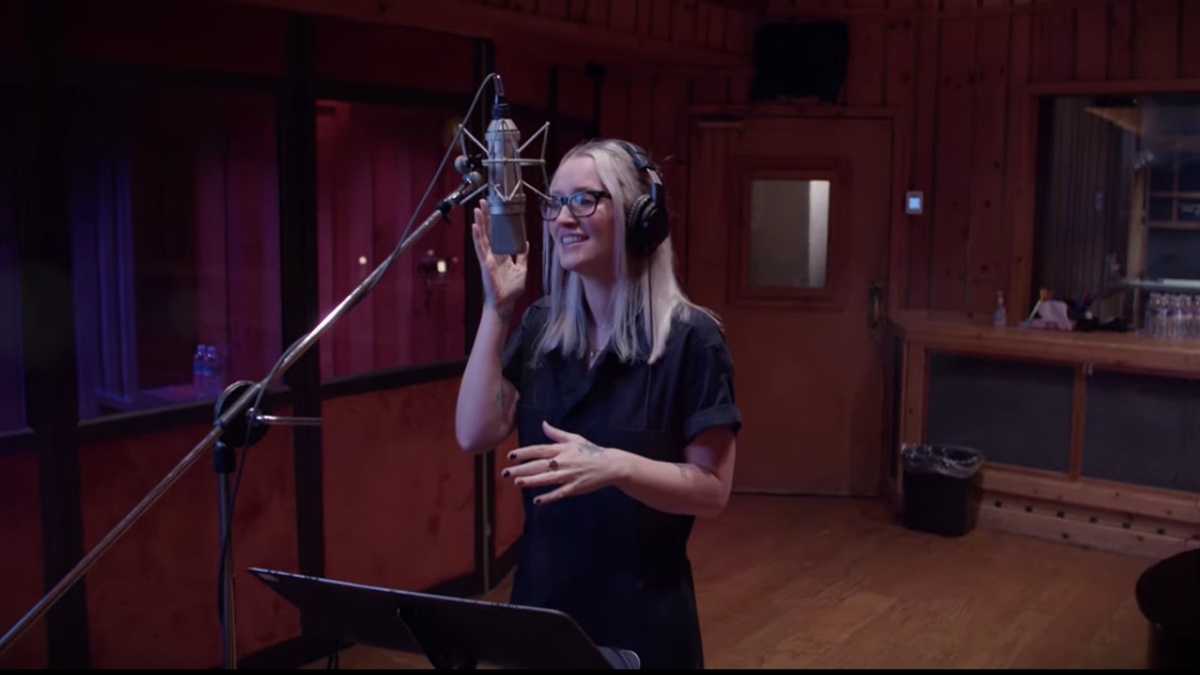 Odds & Ends: Watch Ingrid Michaelson Perform ‘If This Is Love’ from The Notebook Musical

See Ingrid Michaelson Premiere A Song from The Notebook Musical
The world premiere production of the new musical The Notebook begins on September 6 at Chicago Shakespeare Theater, and fans can get a first listen to one of the songs. Ingrid Michaelson, who has created the score for the show, performs the song “If This Is Love” in a new music video. Take a look!

The Music Man‘s Hugh Jackman Lands Voice Acting Gig
The Music Man headliner Hugh Jackman has a new project coming down the pipe. According to The Hollywood Reporter, he will lend his voice to Hulu’s forthcoming animated series Koala Man, which comes from Rick and Morty co-creator Justin Roiland and Michael Cusack. Jackman will voice the lead role of Kevin, a middle-aged dad whose only superpower is a burning passion for following rules and snuffing out petty crime in the Australian suburb of Dapto. This gent sounds quite different from spell-binding con man Harold Hill! A release date will be announced later.

Jelani Alladin & Noah J. Ricketts Board Fellow Travelers
Forget Arendelle—these two former Kristoffs are headed to Washington, D.C. Deadline reports that Jelani Alladin and Noah J. Ricketts have joined the cast of the previously announced Showtime series Fellow Travelers. Bridgerton star Jonathan Bailey, Matt Bomer and Allison Williams are also set for the limited series, which is based on Thomas Mallon’s novel of the same name. Philadelphia writer Ron Nyswaner is adapting the book for the screen. The series is described as an epic love story and political thriller, chronicling the volatile romance of two very different men who meet in the shadow of McCarthy-era Washington. Bomer will play handsome, charismatic Hawkins Fuller, who maintains a financially rewarding, behind-the scenes career in politics. Hawkins avoids emotional entanglements—until he meets Tim Laughlin (Bailey), a young man brimming with idealism and religious faith. Alladin will play Marcus Hooks, who comes from a D.C.-based middle-class family and is a journalist covering the Senate beat while confronting the racism he encounters on a daily basis. Ricketts will play Frankie Hines, a drag performer who works in the Cozy Corner, a favorite underground gay nightspot. The series is scheduled to start production in Toronto later this month.