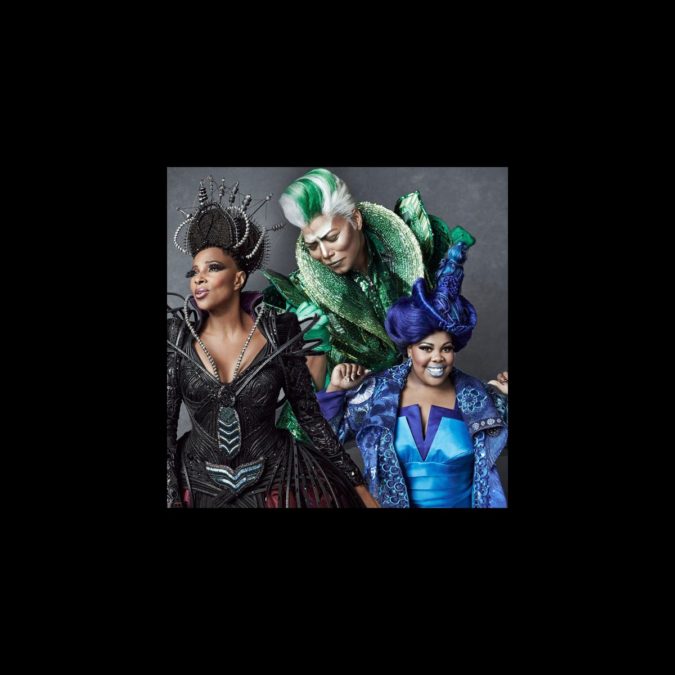 For a wizard and two witches, there’s a good amount of pressure when presenting The Wiz to millions of television viewers. Queen Latifah, Mary J. Blige and Amber Riley take on the roles of the Wiz, the wicked Evillene and good witch Addaperle in the December 3 NBC telecast. At a recent press event, the trio opened up about expanding horizons—both for themselves and their audience—and whether Broadway is next in line.

“It’s completely terrifying,” admitted Queen Latifah. “I’m so out of any comfort zone that I’ve been in.” While this is the closest the performer has gotten to live theater in her professional career, she’s no stranger to weaving singing and acting after Chicago, Hairspray and Bessie.

But any fears are quickly resolved as she remembers the potential impact a live event like this has. “You think about how you see this play and kids are going to be doing these dances…This opens up a world. I hope that it touches someone. Not just someone African American, but anyone who feels like this could be [him or her].”

A live theatrical event is also new to Blige: “I'm pulling every acting job I ever had.” But when The Wiz called, she had to accept. “The only reason I’m here is because of The Wiz and what it has done for me as a kid in my neighborhood. That’s why I’m here—so I can give someone else hope.”

The musical has had an impact for all three; Queen Latifah even credits Stephanie Mills’ performance on Broadway as what made her want to perform. Riley is no stranger to singing and dancing (including on live TV), but the show makes it personal. “My mom has a special connection to [The Wiz], and now my four-year-old niece is going to sit down and watch.”

After getting through the live telecast, Riley’s ready to bring her singing and dancing skills to the Great White Way. “I’ve always wanted to do Broadway,” she said with a grin. “I was locked down for seven years in the Glee vault! It’s something that I’ve always dreamed of doing. And I get to…all shall be revealed soon.”