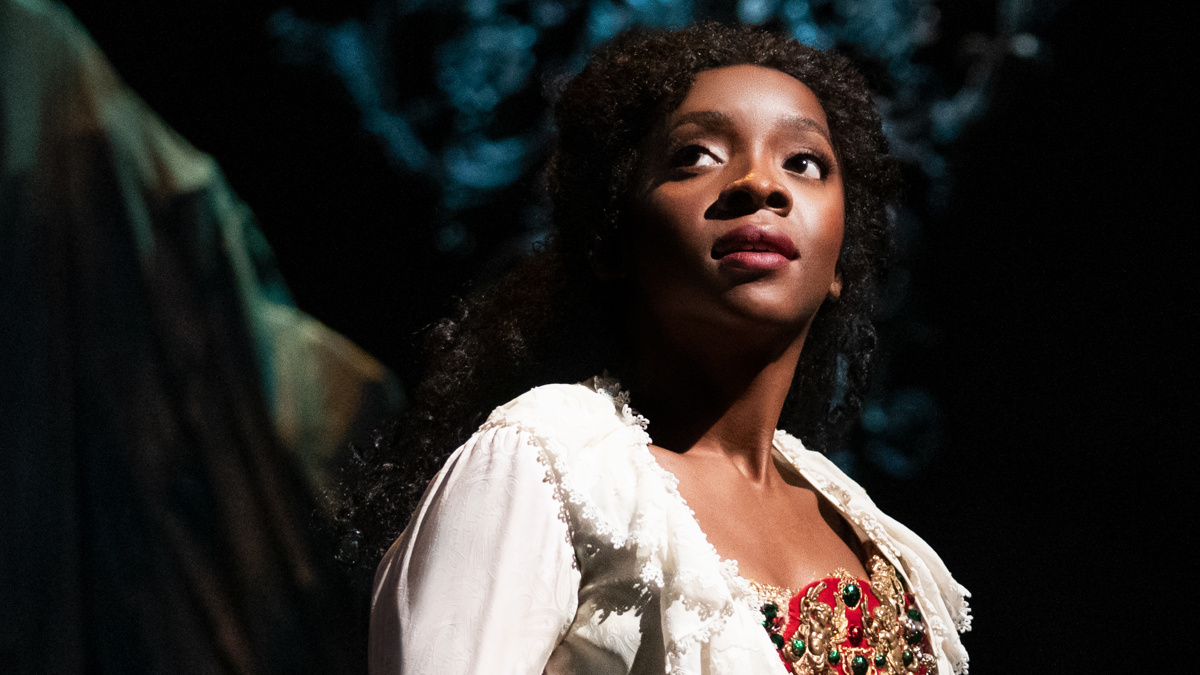 Emilie Kouatchou is living out her dreams, and making history as she does it. Kouatchou took her first bow as the Christine alternate in The Phantom of the Opera in October 2021, making her the first Black actress to take on the role on Broadway. In January, she took over the leading role full-time. In a recent episode of The Broadway Show with Tamsen Fadal, Kouatchou sat down with correspondent Charlie Cooper at the Civilian Hotel to talk about making the character her own and what Christine’s online dating profile would say.

Now six months into her tenure as Christine, Kouatchou says she appreciates remembering the weight her casting carries. “I keep having to remind myself that this is happening,” she said. “You get so caught up in the show what you’re doing, but this really is a big moment. I am grateful that I have a lot of support around me because it hasn’t been the easiest ride. There have been a lot of days where I don’t know if I deserve to be here and that comes with the imposter syndrome of it all and the pressure, but I’m really grateful to have people who support me and who lift me up and help me realize that yes, I deserve to be here.”

Kouatchou auditioned for the role of Christine twice before becoming the alternate, which had her performing weekly alongside Meghan Picerno who was then the full-time Christine. “I had been dreaming of being in this role since I was in college,” she said. “I think what resonated the most with me was that I felt like Christine was a character that goes through a journey of growing into her womanhood. Also, the music is just fricking amazing. Andrew Lloyd Webber’s score is insane so I’ve always wanted to sing it and tell this kind of story. I really want to emphasize Christine’s arc and make sure you see her go from someone who is impressionable, naive and extremely young in spirit to someone who grows into herself. Even in the way I stand towards the end of the show is so different from the way I carry myself at the beginning of the show. I really want that arc of womanhood to be seen in Christine.”

When Kouatchou donned Christine’s costume for the first time, she knew she was changing the course of the character forever. “I think people had a very specific idea of who Christine was,” she said. “She was a white woman with brown hair. The beauty of me stepping into this role is that Christine lives in the spirit and how you tell her story. It’s not the way she looks. I’m an advocate for anyone who can embody Christine’s spirit and bring something new to the table to be able to inhabit the role.”

Spending the show as the love interest for both the Phantom and Raoul, Kouatchou has some ideas on what Christine’s online date profile would say. “It would be something really corny and cute,” she said. “Like ‘sings like a bell but also has a sassy side.'”

Watch the interview below, and head here to check your local listings for The Broadway Show. Hosted by Fadal, it is the only nationally syndicated weekly theater news program.