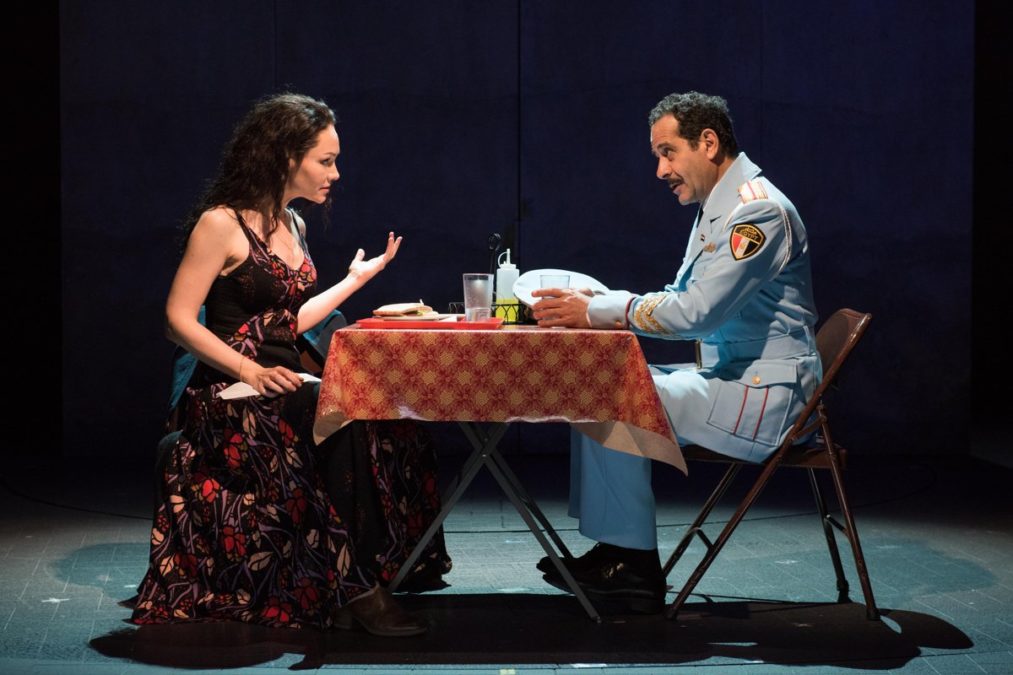 Tony Shalhoub and Katrina Lenk, who starred in the off-Broadway premiere of The Band's Visit at the Atlantic Theater Company, will reprise their performances for the musical's Broadway debut at the Ethel Barrymore Theatre. As previously announced, the show will begin previews on October 7 with an opening scheduled for November 9. David Cromer directs with Andrea Grody as musical director.

Joining Shalhoub as Tewfiq and Lenk as Dina will be fellow off-Broadway cast members John Cariani as Itzik, Ari'el Stachel as Haled, George Abud as Camal, Andrew Polk as Avrum, Bill Army as Zelger, Rachel Prather as Julia, Jonathan Raviv as Sammy, Sharone Sayegh as Anna, Kristen Sieh as Iris and Alok Tewari as Simon. Additional casting will be announced at a later date.

With a book by Itamar Moses and a score by David Yazbek, The Band's Visit is based on Eran Kolirin’s 2007 film about an Egyptian Police Band that arrives in Israel to play a concert. After a mix-up at the border, they are sent to a remote village in the middle of the desert. With no bus until morning and no hotel in sight, these unlikely travelers are taken in by the locals. Under the spell of the desert sky, their lives become intertwined in the most unexpected ways.