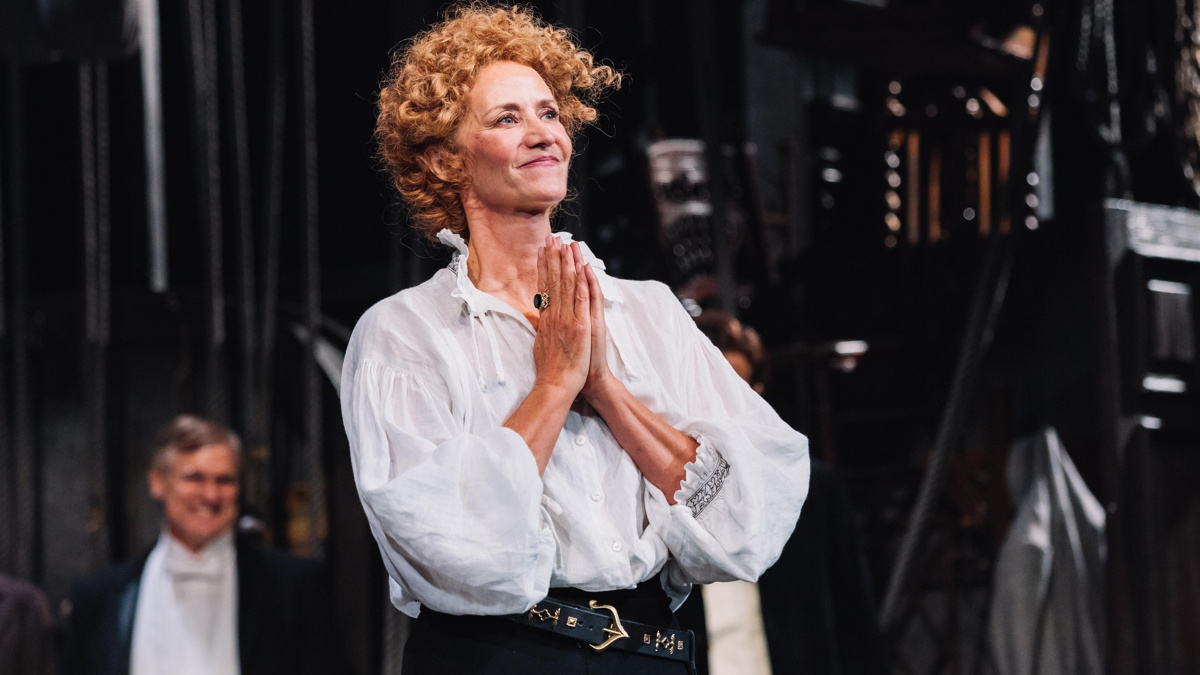 Janet McTeer on Ozark and Thoughts on Returning to the Stage

The newest episode of Broadway Profiles includes an interview with stage and screen great Janet McTeer. The Tony and Olivier winner spoke to host Tamsen Fadal about her recent Critics’ Choice nomination for her performance on Netflix’s Ozark. “You have these great female parts for these women,” she said of the show, which also stars 2020 Tony nominee Laura Linney. McTeer is no stranger to portraying strong female leads. She won a 1997 Tony Award for playing Nora in A Doll’s House. “I’m not sure I would know how to play someone who wasn’t strong,” she said. “I’m not sure that I know many women who aren’t.”

McTeer also spoke about her yearning to get back to the stage after theatrical shutdowns caused by COVID-19. While she can’t wait to go back to the theater (“Where’s the bus?!”), she’s also hopeful that up-and-coming talents get the first chances to perform as productions start to begin again. “Employ all the young actors who haven’t had a job and don’t have any money and can’t afford to live and haven’t even started their careers. Do a thousand plays with young people,” she said. “I’m fine. I’ve been doing this for years. I’ll come back.” Watch the interview below, and head here to check your local listings for Broadway Profiles. Hosted by Fadal and powered by Broadway.com, it is the only nationally syndicated weekly theater news program.