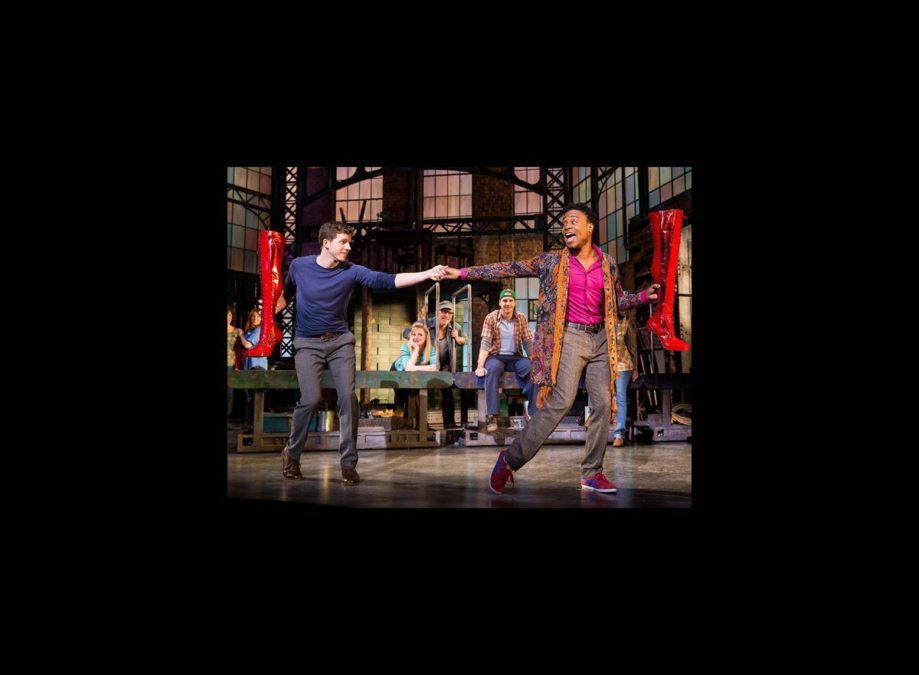 Tony Winner Kinky Boots Will Raise Audiences Up Around the Country; National Tour Launches in Vegas


The Tony-winning Best Musical Kinky Boots will strut its way into a town near you as the crowd-pleasing Cyndi Lauper/Harvey Fierstein tuner launches a national tour. The production kicks off at the Smith Center for the Performing Arts in Las Vegas in September 2014, show reps confirmed to Broadway.com. No word yet on casting. Additional tour cities to be announced soon.

Based on the 2005 film and inspired by a true story, Kinky Boots follows Charlie Price (Sands), an aspiring young businessman who, after the death of his father, is forced to give up his dreams of living in London in order to save his family’s fledgling shoe factory in Northern England. Charlie finds inspiration in Lola (Porter), a fabulous entertainer in need of some sturdy stilettos. As the unlikely pair works to turn the factory around, they find they have more in common than they ever dreamed possible. Directed by Mitchell, Kinky Boots co-stars Stark Sands, Annaleigh Ashford and Celina Carvajal.

Take a look at the award-winning musical's Tony Awards performance below.